↓
Home→ARRL→Changes to Amateur Service Part 97 Rules Go Into Effect on July 21
The FCC’s recently announced revisions to the Part 97 Amateur Radio rules governing exam credit to former licensees, test administration, and emission types will go into effect on Monday, July 21. The new rules were published in The Federal Register on June 20. Earlier this month, the Commission announced that it would grant examination credit for written elements 3 (General) and 4 (Amateur Extra) to holders of “expired licenses that required passage of those elements.” The FCC will require former licensees falling outside the 2-year grace period to pass Element 2 (Technician) in order to be relicensed. The Commission declined to give exam credit to holders of expired Certificates of Successful Completion of Examination (CSCEs) or to extend lifetime validity to CSCEs. 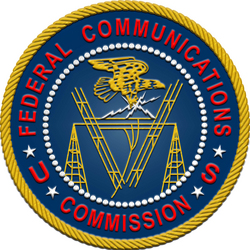 of administering examinations at locations remote from the VEs.” The National Conference of Volunteer Examiner Coordinators (NCVEC) in 2002 endorsed experimental use of videoconferencing technology to conduct Amateur Radio testing in remote areas of Alaska. The Commission dropped its earlier proposal to permit two VEs to administer exams; the requirement remains at three VEs. The Commission did not spell out the “mechanics” of remote testing, however, which, it said, would “vary from location to location and session to session.” VEs administering examinations remotely must grade such examinations “at the earliest practical opportunity,” rather than “immediately,” as the current rule for conventional exam sessions requires.

In addition, the FCC adopted an ARRL proposal to authorize certain Time Division Multiple Access (TDMA) emissions in the Amateur Service. The Wireless Telecommunications Bureau in 2013 granted an ARRL request for a temporary blanket waiver to permit radio amateurs to transmit emissions with designators FXD, FXE, and F7E, pending resolution of the rulemaking petition. That waiver becomes permanent on July 21.

The Commission also made “certain minor, non-substantive amendments” and corrections to the Amateur Service rules.

Click here to get more information on our Ham Cram Course to help you get your Amateur Radio License.