↓
Home→ARRL→House Bill Would Require FCC to Extend PRB-1 Coverage to Restrictive Covenants
A bill with bipartisan support has been introduced in the US House of Representatives that calls on the FCC to apply the “reasonable accommodation” three-part test of the PRB-1 federal pre-emption policy to private land-use restrictions. HR.4969, the “Amateur Radio Parity Act of 2014” was introduced on June 25 at the request of the ARRL, which worked with House staffers to draft the proposed legislation. The bill’s sponsor is Rep Adam Kinzinger (R-IL). It has initial co-sponsorship from Rep Joe Courtney (D-CT). If the measure passes the 113th Congress, it would require the FCC, within 120 days 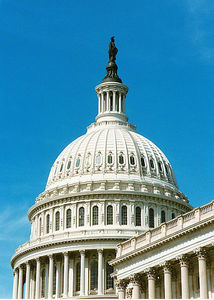 of the Bill’s passage, to amend the Part 97 Amateur Service rules to apply PRB-1 coverage to include homeowners’ association regulations and deed restrictions, often referred to as “covenants, conditions, and restrictions” (CC&Rs). Presently, PRB-1 only applies to state and local zoning laws and ordinances.

“There is a strong federal interest in the effective performance of Amateur Radio stations established at the residences of licensees,” the bill states. “Such stations have been shown to be frequently and increasingly precluded by unreasonable private land-use restrictions, including restrictive covenants.”

The 11-page PRB-1 FCC Memorandum Opinion and Order is codified at § 97.15(b) in the FCC Amateur Service rules, giving the regulation the same effect as a federal statute. In short, PRB-1 states that local governments cannot preclude Amateur Radio communications; they must “reasonably accommodate” amateur operations, and the state and local regulations must be the minimum practicable regulation to accomplish a legitimate governmental interest. Subject to those guidelines, municipalities may still establish regulations with respect to height, safety, and aesthetic concerns.

For 28 years, FCC regulations have “prohibited the application to Amateur Radio stations of state and local regulations that preclude or fail to reasonably accommodate Amateur Service communications,” the bill points out, “or that do not constitute the minimum practicable regulation to accomplish a legitimate state or local purpose.” Since PRB-1 was enacted, the FCC has said several times that it would prefer to have some guidance from Congress before extending the policy to private land-use regulations.

HR.4969 has been referred to the House Energy and Commerce Committee. Rep Greg Walden, W7EQI (R-OR), chairs that panel’s Communications and Technology Subcommittee, which will consider the measure.

ARRL Hudson Division Director Mike Lisenco, N2YBB, is a principal advocate for the current legislative initiative to gain PRB-1 recognition for CC&Rs. Lisenco said the most urgent task now is to get additional co-sponsors to sign onto HR.4969.

Click here to get more information on our Ham Cram Course to help you get your Amateur Radio License.